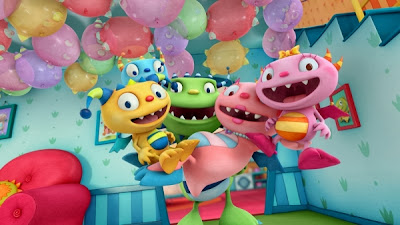 I am absolutely thrilled to announce that Disney has greenlit a second Series of Henry Hugglemonster! Our Roarsome crew are back together in Brown Bag Films cooking up new stories and adventures that will be ready by Autumn 2014.

Nancy Kanter, Executive Vice President Original Programming and General Manager, Disney Junior Worldwide comments: “The incredibly talented team at Brown Bag Films has created an engaging series for Disney Junior that delivers everyday life lessons and models positive family and community relationships that are relatable to audiences around the world. A second season will build off of this terrific start and create even more connections with kids and families.”

Beth Gardiner VP of Production Disney UK, comments: “We are thrilled to be reunited with our ‘roarsome’ Brown Bag crew, and look forward to more stories about HENRY HUGGLEMONSTER and his monstery family."
Cathal Gaffney, Executive Producer & CEO, Brown Bag Films adds: "This second series sees Brown Bag Films create a further 30 jobs bringing us to 150 full time staff in our Dublin studio. Knowing that children around the world continue to watch and love HENRY HUGGLEMONSTER, which was originated, designed and animated in Ireland makes us all very proud." 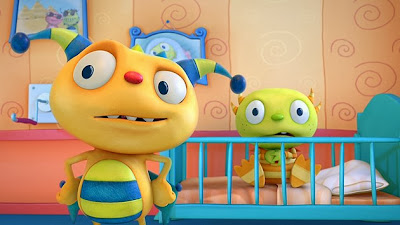 Posted by Niamh Sharkey at 4:23 AM

Dunno if prev comment wnt through. 500 server error on niamhsharkey.com

Niamh Sharkey
Former Children's Laureate of Ireland (2012-2014). Niamh is a best-selling author and illustrator of Picture Books. Creator and Illustrator of Disney Junior's Henry Hugglemonster based on her book I'm a Happy Hugglewug. Author of The Ravenous Beast, Santasaurus and On The Road with Mavis and Marge. 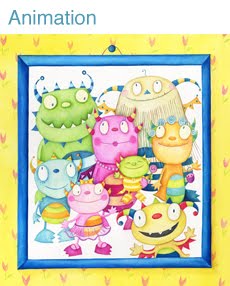 Creator and executive producer of Henry Hugglemonster Made at Brown Bag Films for Disney Junior. Now in it's second season. 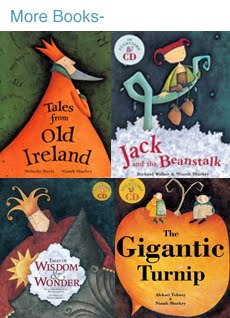